The Science in Yoruba Project has two main goals. The first goal is to translate a Basic Science textbook from English into Yoruba. Taofeeq Adebayo collaborated with Oyetayo Babatola, Samuel Jegede, Samuel Awelewa, and Eriife Mofoluwawo who are graduate students at University of Ibadan (UI), specializing in Yoruba/Linguistics, Microbiology, Physics and Chemistry respectively. In about 8 months, they were able to translate Learn Africa’s Basic Science 1 into Yoruba. They also translated a newer version of the textbook which was published during their initial translation. The second goal of the project is to teach the translation to Junior Secondary School 1 students (grade 7 students) in Nigeria. They accomplished this by partnering with three schools in Ibadan (Ajibode Grammar School, Abadina College, and Orogun Grammar School) where they taught the translation to more than 237 students for four months with the aid of the outreach materials provided to the project by the Chemistry Department at Tulane through the Chemistry Department at UI. While Adebayo and his colleagues are still conducting statistical evaluation of the students’ result and gathering teachers’ evaluation of the project, some of the outcomes they have identified are that (i) the project helped some students distinguish between science and folk science, (ii) it increased the students’ classroom participation, and (iii) it improved the students’ interest in science. Adebayo and his colleagues are currently working on an academic paper where the results and the methodologies of the project will be reported. They are also working on publishing the translated textbook. 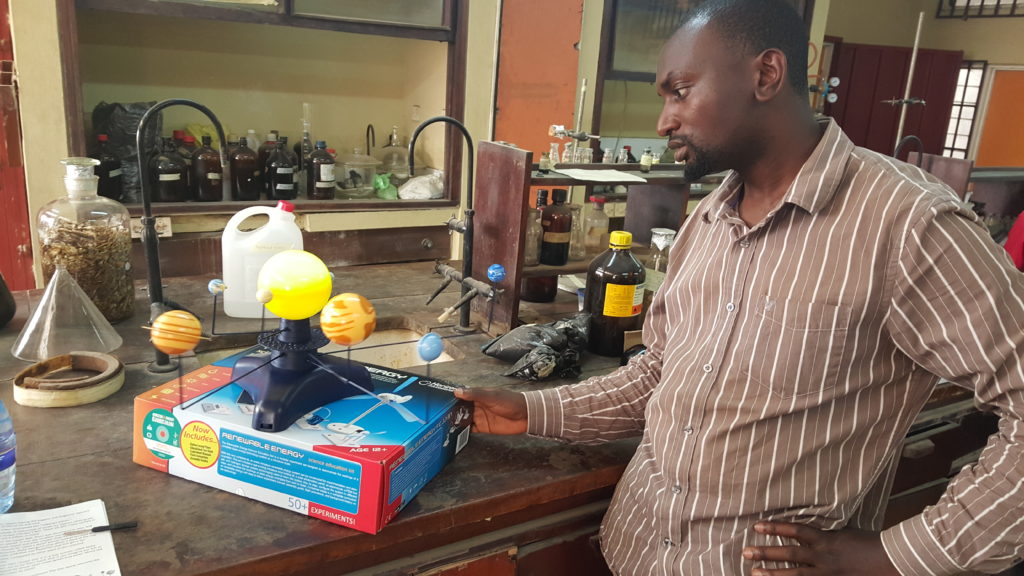