Skip to content
Facebook Twitter Google Plus Linkedin YouTube Pinterest Tumblr VK
Search
Close
During the last year, together with a Guatemalan university (Universidad del Valle de Guatemala), I have been developing an online platform which holds a database of Maya hieroglyphic inscriptions. The site is called Maya Scripta and it can be accessed through the website cds.uvg.edu.gt. As part of the Mellon Project, in the past summer, the team worked with the Regional archaeological museum in Dolores, Southeastern Petén, Guatemala, to increase the number of visitors, to improve the visitor’s experience, and foster the knowledge local people have about the ancient Maya. In order to achieve this, we had three axis of work: Marketing, exhibition, and education. Regarding the marketing, two old billboards in the highway were replaced with new ones. This time, they were elaborated by a professional designer and printed in high-quality material. 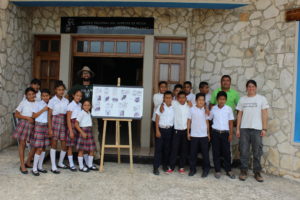 For the exhibition, we added three stelae reproductions. These encompass three of the most salient monuments of the region remain away from the museum. One of them, Ixkun Stela 1, is the biggest stela in Peten and probably the most famous one. Sacul Stela 1 is located in an archaeological which is hard to access and was looted in the 1970s. Because of this, the monument is lacking its upper third. However, good pictures were taken before it was looted and the drawing was made after these pictures, showing the complete picture of it. Finally, Ixtutz Stela 4 is a beautiful monument which is in display in the National Museum in Guatemala City, over 300 km away from the region it was originally found. Additionally, interactive technologies were implemented through Samsung Galaxy Tabs with which visitors can learn what the monuments say and expand their knowledge about Maya inscriptions in the online platform of Maya Scripta. 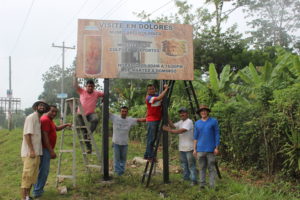 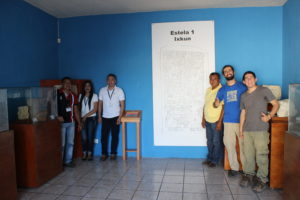 In October 2020, this project was featured the weekly magazine Revista D and distributed alongside the most widely spread newspaper in Guatemala (Prensa Libre), a six pages article was posted about our overall work and the recent focus in Dolores.
November 6, 2019
ofrazerwp
We use cookies to ensure that we give you the best experience on our website. If you continue to use this site we will assume that you are happy with it.Ok